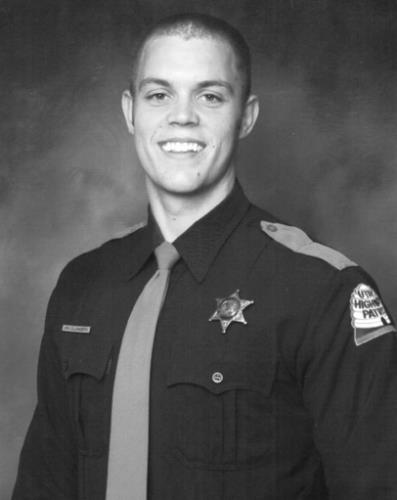 Utah Highway Patrol Trooper Eric Ellsworth, 31, died Tuesday, November 22, 2016, four days after being struck by a vehicle and critically injured while directing traffic around a low hanging powerline near Garland. A seven-year veteran of the UHP, and the son of retired Trooper Ron Ellsworth, Eric is survived by his wife, Janica Ellsworth, and three children, parents, and many family members.