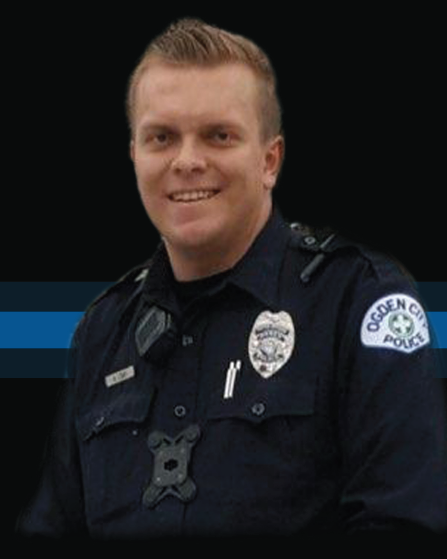 Police Officer Nate Lyday was shot and killed in Ogden, Utah while responding to a domestic 911 call. After officers arrived at the scene, the suspect returned into his house and shot through the closed door, hitting Officer Lyday and wounding another officer.  Officer Lyday was taken to the hospital, where emergency room doctors pronounced him dead.

Officer Lyday had served with the Ogden Police Department for fifteen months, and was 24 years of age.  He is survived by his wife, with whom he was about to celebrate his fifth wedding anniversary.