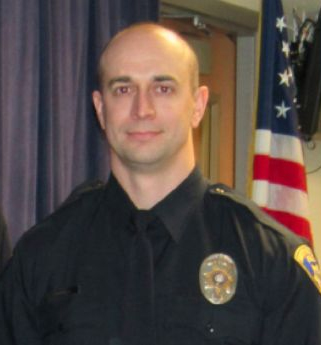 Police Officer David Romrell was struck by a vehicle fleeing from a burglary in progress.  He and other responding officers arrived at the scene as the suspects attempted to leave in a vehicle. The driver of the vehicle accelerated toward the officers and struck Officer Romrell.  Officer Romrell was transported to the hospital where he succumbed to his injuries while in emergency surgery.

Officer Romrell was a U.S. Marine Corps veteran and had served with the South Salt Lake Police Department for 11 months. He is survived by his wife and infant child.