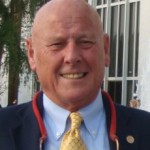 After a career as CEO of both private and public companies, Tore now serves as a director on several corporate boards, and as a strategic advisor to chief executives. He is also involved in a number of ventures through his company World Intelligent Network, LLC. Tore’s business background includes senior management positions for both domestic, and international companies in the financial, leasing, shipping, technology, health care, manufacturing, and construction industries. He has also attended the Board Executive Program at Harvard Business School.

Tore started his career in the banking and financial industry with Citibank in New York, Canada, and England. He was recruited by Chemical Bank (now JP Morgan Chase), where he founded, built, and ran a large, multimillion dollar global finance organization spanning sixteen countries throughout Asia, Europe, and Latin America. He then ran a large New York Stock Exchange company and served as CEO of companies listed on NASDAQ, and the London Stock Exchange. In addition to executive management, Tore has also owned several successful companies that he started on his own. He was a member of the Young Presidents’ Organization in the Metro New York chapter and served on the international boards of YPO and both of the graduate groups: the World Presidents’ Organization and the Chief Executives Organization.

Tore recently served on the Board of Directors of Deckers Outdoor Corporation, (a NASDAQ listed company owning UGG, Teva, Ahnu, Sanuk, Simple, and Tsubo), where he served on the Audit Committee. He is also the Chairman of the Advisory Board of World Technology Group, a large Canadian-based global franchising company, and sits on the Board of Directors, as well as serving as Chairman of the Advisory Board for a Seattle-integrated alarm and software company. He and his wife, Mona, currently both serve on the Board of Trustees of the Waterkeeper Alliance. Tore is also the Chairman/CEO and Founder of The Directors’ Organization and, with Mona, co-founder of The Utah 1033 Foundation. Tore also serves on the Park City Police Complaint Review Board and formerly served on the Board of the Winter Sports School in Park City.

He serves on the Board of Directors (and Chairs the Audit Committee) of Sunstone Components Group Inc., a world leader in electronic contact technology, as well as on the Board of Net2Text, a start-up M-commerce company. Some of the past boards include The Mangum Group, (a large NC construction company), Outward Bound, Flexi-Van Corp., Castle & Cooke (Dole), NMR of America, and a number of other corporate and civic boards.

In his native Norway, Tore served in the Royal Norwegian Air Force. After an honorable discharge, he was awarded a scholarship to study in the United States, where he earned a Bachelor of Science degree in marketing, which he followed with an MBA in finance and international trade, and later a computer science degree from the University of Oregon. A professional ski instructor and former ski-racer and coach, Tore is passionate about all aspects of the outdoors, including skiing, sailing, tennis, hiking, mountain biking, fishing, hunting, and kite-surfing.