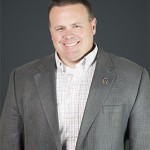 Sheriff David Edmunds currently serves as the Executive Director of Utah Communications Authority, an agency which supports public safety communications and 911 services for State, Local, and Federal government agencies on a regional or statewide basis.  Edmunds was elected as Summit County Sheriff in November of 2002, after completing his duties as venue commander for the 2002 Olympic Winter Games. The Olympic Games were the highest-level special security event ever held in the United States. Forty-percent of the sporting venues, most of the special events, and many guests were in Park City and Summit County throughout the games. Sheriff Edmunds acted as the venue commander for the Park City Mountain Resort, which continuously hosted events, including snowboarding, skiing, freestyle and ski jumping. As commander, he fused together volunteer law enforcement officers from many jurisdictions along with community volunteers. Considerable federal funding was carefully allocated to produce a flawless 22-day event.

In the spring of 2005, Sheriff Edmunds was selected to attend the prestigious FBI National Academy in Quantico, Virginia (221st Session). Recognized by Utah Governor Jon Huntsman, Sheriff Edmunds was appointed to Utah’s Peace Officer Standards and Training Council in November of 2005, a position he currently holds. He also serves on the executive boards of the Summit-Wasatch Children’s Justice Center and the Utah Sheriffs’ Association. Sheriff Edmunds holds a bachelors of science degree from Weber State University. Sheriff Edmunds also holds a masters degree in public administration from the University of Utah.