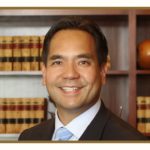 Elected to a full term in November of 2016, Sean Reyes has been Utah Attorney General since his appointment on December 30, 2013 by Governor Gary R. Herbert. Reyes has been lauded by legislators from both sides of the aisle for his work ethic and legal acumen and won praise from the Governor and his Cabinet for increased excellence and transparency in the AGO. The office, under the Reyes Administration, has the support of mayors, councilmen and commissioners statewide and critical law enforcement relationships have been repaired with sheriffs, police chiefs and federal partners like ICE and the DEA. Among his peers in the legal community, Reyes has been applauded by county attorneys, judges and lawyers for focusing his office on the Rule of Law and not political agendas or special interests. Citizens have also appreciated Reyes’ emphasis on protecting them and particularly children from violent crimes, drugs and internet predators. Consumers and business owners have praised his focus on stamping out white collar crime, illegal business practices, Ponzi schemes and fraud that costs the state billions of dollars annually.  And whether or not they agree with a particular position he is asserting or defending, citizens statewide are gaining respect for Reyes’ leadership and focus on common sense approaches, legal excellence and ethics.

Before serving as Utah AG, Reyes was among the most dynamic and successful young professionals in the country. He has been recognized nationally and locally for his legal skills and professionalism, local and national Bar leadership and unparalleled commitment to public service. He has lent his legal expertise to media outlets ranging from Fox National Business News to The Economist.

After graduating summa cum laude from Brigham Young University in 1994, Reyes earned his law degree with honors from U.C. Berkeley in 1997. He practiced for nearly fourteen years at Parsons Behle & Latimer, the largest law firm in the State, where he became one of the first minority lawyers to make partner at a major Utah firm. While there, Reyes represented clients on some of the largest and most high profile litigation cases in the history of the State. He argued or briefed cases before state and federal courts throughout the country, including the Utah Supreme Court and Tenth Circuit Court of Appeals.

During that time, Reyes was honored as the first-ever National Outstanding Young Lawyer by the American Bar Association, a distinction bestowed on one lawyer out of millions nationwide. He was also recognized as the Utah Young Lawyer of the Year, one of Utah’s forty most influential business leaders under the age of forty and the first recipient of Brigham Young University’s Distinguished Young Alumnus Award. A nine time consecutive honoree on Utah Business Magazine’s Legal Elite List, Reyes has also been highlighted as a Mountain States Super Lawyer and Top 50 Most Influential Asian Professional in America.